Teaching is the hardest job I’ve ever had. Keeping teachers in the classroom might be the second most difficult.

I began my educational career as a fourth-grade teacher in the Compton Unified School District in Southern California and, like most new educators, the first months were a struggle to master the topics and basic classroom skills. As I gained experience and improved, helping 35 students learn every day was still a challenge that was rewarding and fun and exhausting — often all in the same day.

And as exhilarating as it was to see children make progress, it was easy to understand why so many talented teachers left. Some of the reasons were obvious: the high cost of living in Los Angeles, for example. But it was also clear that many were leaving because their love of inspiring children had been overwhelmed by their sense that they were part of a large, top-down bureaucracy that didn’t value them. In short, they became teachers because they wanted to be the next Jaime Escalante but ended up feeling like Dilbert.

At my next job, recruiting teachers for KIPP LA Public Schools, I found many of the same obstacles. While teachers were often intrigued by the idea of living in Los Angeles, they were often stunned by the cost of renting an apartment or intimidated by the long commute. Concerns like this undoubtedly contributed to California’s educator crisis; three out of four districts reported a teacher shortage last year, according to the nonprofit Learning Policy Institute.

But as I and other KIPP LA team members tried to convince educators that they could find great jobs and great places to live in L.A., we noticed a trend: Some of the best teachers were already familiar with L.A. because they had grown up here or had ties to the city.

This meant that they already had a strong sense of commitment to the city and had an understanding of their pupils’ lives and how to motivate and inspire them. As an added bonus, many also looked like the students they were leading, something that can have profound effects on student learning.

When Great Public Schools Now, the nonprofit grant-making organization where I’m currently the director of talent, put out a call for proposals for teacher recruitment and retention programs, all of the responding organizations included a plan to target L.A. natives and minorities in their proposals.

We at Great Public Schools Now were also delighted to see that many organizations were also thinking creatively about how to keep their best teachers after they’d been hired.

“As I and other KIPP LA team members tried to convince educators that they could find great jobs and great places to live in L.A., we noticed a trend: Some of the best teachers were already familiar with L.A. because they had grown up here or had ties to the city.”

Instead of expecting educators to follow a plan handed down from headquarters, charter school organizations like Aspire Public Schools empowered their best educators by encouraging them to choose a field of independent study, much like how a college professor would select a topic for a sabbatical. Projects ranged from jiu-jitsu training to slow-cooking, but Aspire administrators were sure the projects would rejuvenate teachers and lead to better student results.

Other charters allowed their teachers to pick extra training to design health and wellness programs that would improve their work-life balance.

The common thread in all of the programs is a desire to elevate the teaching profession and treat educators the way companies like Google or universities treat their employees: by giving them the benefits they deserve and the responsibility to make decisions.

Early results have been promising. Overall, about 10 percent of teachers targeted by Great Public Schools Now funding left their school or the profession, compared with 18.4 percent of charter-school teachers who either moved schools or left the profession between 2011-12 and 2012-13, according to a study by the National Center for Education Statistics.

Whether these trends will continue or can be replicated on a larger scale remains to be seen, but they are worth developing further as ways of establishing a long pipeline of talented educators who will serve their communities and students.

This story about recruiting and retaining teachers was produced by The Hechinger Report, a nonprofit, independent news organization focused on inequality and innovation in education. Sign up for the Hechinger newsletter.

Eric DeSobe is the director of talent for Great Public Schools Now. 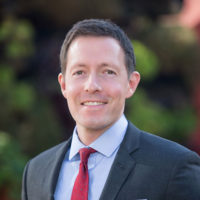