From school improvement to relationships with SCS, Candice McQueen reflects on her Memphis legacy 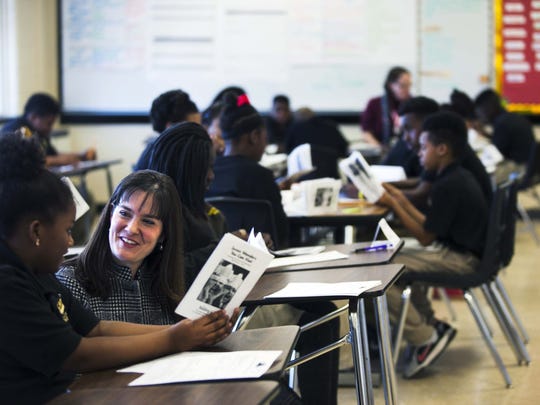 For nearly four years, McQueen’s efforts had a substantial impact on Memphis and Shelby County, from writing the state’s plan to comply with the Every Student Succeeds Act to the hiring of Memphis native Sharon Griffin to oversee the state-run Achievement School District.

In an interview Thursday with The Commercial Appeal, McQueen reflected on her influence in Shelby County.

On improving the lowest-performing schools

The ASD was already fully formed upon McQueen’s arrival, but she cemented its role as a last resort for intervening in poorly performing schools where the local district has failed to make improvements. The ASD is baked into the state’s ESSA plan, giving districts the first crack to turn around their schools, but not allowing those schools to flounder unattended for years. 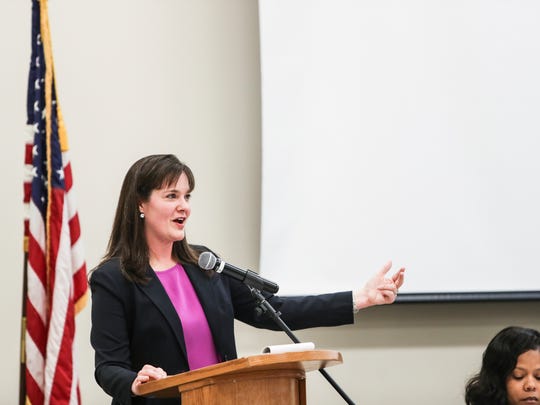 This work has been controversial and unpopular in parts of Memphis, where the majority of the ASD’s efforts are located. Shelby County Schools has long argued its own school improvement efforts are more successful.

Between the two programs, since 2015, Shelby County has seen a decline in the number of local schools performing in the bottom 5 percent in the state, known as the Priority List.

“So the work that we’ve done has continued to, I think, push the conversation, provide a sense of urgency, but also, more important, provide support through both thought partnership, funding and expertise that has allowed us to all improve.”

One of the biggest, and locally lauded, decisions McQueen made in her tenure was to appoint Griffin the head of the ASD. 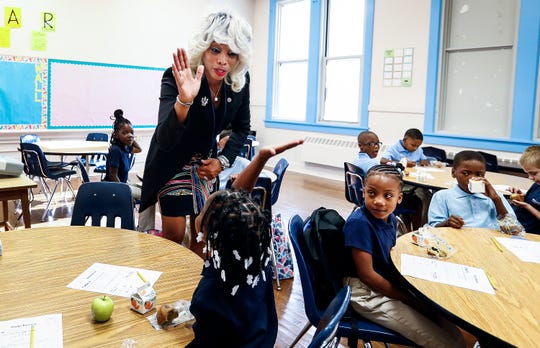 Memphians had long argued the head of the organization should be from Memphis. Griffin was the first to hail from the Bluff City.

Griffin had previously overseen SCS’ Innovation Zone turnaround program and was essentially second-in-command at the county district. McQueen picked her off by not only making her the head of the organization, but giving her a state-level role to oversee school improvement efforts across Tennessee.

Her appointment was a shock, as Griffin had not publicly interviewed for the job, as another candidate had. But no one seemed to mind the lack of transparency around the hiring.

“I’ve learned that we have to have leadership that understands school improvement work in-depth and have the expertise from personal experience to actually lead this work,” McQueen said. “It’s very critical. And Sharon is someone who I had targeted to be the person who could bring not only expertise, but specific experience in her own turnaround capacity, to not only Memphis but the entire state. 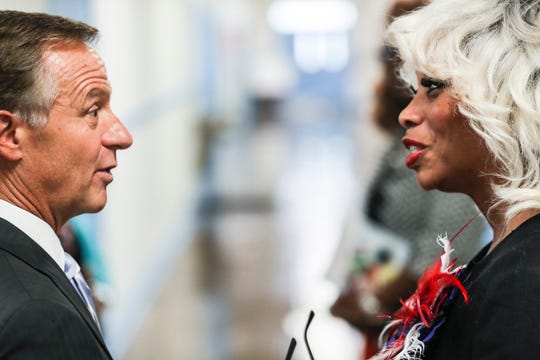 “Also, she is from the Frayser community in Memphis, so she brings what I believe is the reputation, the credibility, the community leadership that’s so critical for us to have a  real relationship and talk to each other as we work to improve schools for our students. It has helped build trust and has helped build what we believe is a path for a very strong future.”

On her relationship with Shelby County Schools

McQueen and SCS Superintendent Dorsey Hopson had several public disagreements on topics like the future of testing, the Achievement School District’s ability to add grade levels to schools it took over from SCS, and state funding. SCS and Metro Nashville Public Schools are suing the state for additional money. 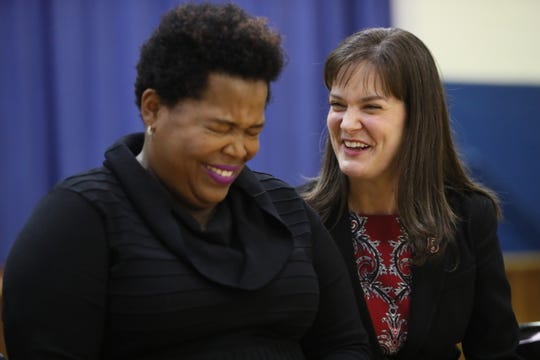 But the personal relationship she had with Hopson was positive, she said, and the two could have a “deep, heartfelt conversation” about the reasoning behind decisions and work together to move forward.

“That has been a blessing that we’ve been able to have that type of relationship, even though we’re both in positions where sometime we have to push on each other or be at odds with each other,” McQueen said. “I will say 99 percent of the time we’re on the same page and we’re trying to do what’s right with our students.”

On her favorite Memphis memory

McQueen visited Shelby County dozens of times, sometimes with an agenda or a significant

announcement, and other visits just to spend time in classrooms and talking to students and teachers. A particular visit during her first year, to a school in Aspire Public Schools in the ASD, stands out, she said.

“I had an opportunity to talk to students about what they were reading, and how articulate they were to talk about the nonfiction texts they were reading is a memory I will never forget,” McQueen said. “And how they were able to articulate how they had grown in that school since they had started there — it was so organic and so real that from those conversations I left … you know that feeling like, ‘wow, this is worth it?’ All that work that we do is worth it.”